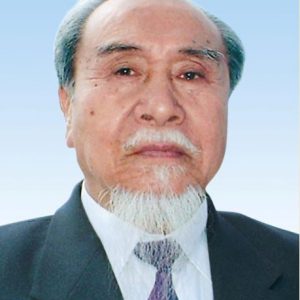 Originally in Thanh Hóa province, Grand Master Lê Sáng was born in the autumn of 1920 (Canh Thân), he was the oldest son of Mr. Lê Văn Hiển and Mrs. Nguyễn Thị Mùi. He came to Vovinam in the spring of 1940 and learn directly from Founder Nguyễn Lộc. A few years later, he was sent to train Vovinam in some places in Hà Nội. At the end of 1954, he followed the Founder Nguyễn Lộc to the South, he was assigned by the founder to teach some Vovinam classes in Sài Gòn and Gia Định.

In 1960, before his death, Founder Nguyễn Lộc assigned him the task of leading the sect. At that time, although life was still difficult, but in parallel with the organization of the sect development and dozens of hours of direct training every day, the Grand Master still spent every night writing books to system of thoughts in martial arts. It is the ideological system that directs the Vovinam-Việt Võ Đạo student to a good life philosophy: “Live, help others live and live for others”. Not only good at martial arts but also capable of leadership and good business, Grand Master Lê Sáng is also a talented person. He often composed many poems filled with deep feelings and martial arts spirit. Some poems of the Grand Master (pen name Quang Vũ, Huy Vũ) have been popularized into music. In everyday life, the Grand Master lives leisurely and simple.